A stranger with the name Anthony Chan called me on the phone the other day. The conversation went like the following.

Anthony: Is this Camillus Chan?
Camillus: Yeah…. and who is this? (What are you trying to sell me now?) 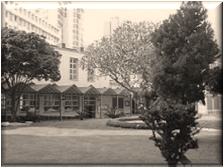 A: My name is Anthony Chan. You probably don’t remember me, but we went to secondary school together in Hong Kong.
C: No kidding. (This guy is good. He got my attention.)
A: Do you remember me?
C: What did you say your name was … Anthony Chan? I am sorry I don’t. (This is new; I’ll play along.)

Then Anthony went on to refresh my memory. He said we were in the same class from Form I to Form III (grades 7 to 9). He named a bunch of kids, most of whom I did remember. He offered that I didn’t remember him because he emigrated to the United States in the middle of Form III and therefore did not graduate with the rest of the class. He also talked about important things that only real alums would know about, such as who had the greasiest hair, and who smoked cigarettes in the bathroom.

Anthony had me so convinced that we decided to meet and have lunch. He picked a nice restaurant appropriately called the Hong Kong Flower Lounge in Millbrae, California. I told him to look for an old and skinny Chinese man with thick glasses and gray hair. He told me to look for a good-looking Chinese man with a green and white jacket, but no hair.

Anthony and his beautiful wife Jenny were already there when I arrived at the restaurant. We had all kinds of goodies like shrimps, beef, broccoli …. and we had a ball! (That’s figuratively speaking; we didn’t eat a ball of any kind.) We caught up with forty-three years of gossips in the two hours we spent there. We talked fast. We talked about how Anthony moved to San Francisco and later went to a neighborhood school called U C Berkeley. We talked about how he traveled around China thirty-some years ago by himself without speaking much Mandarin and was called a “faux foreign fiend 假洋鬼子.” We talked about how he met his dream girl in Beijing and struck gold. I told him in return how I became a real estate broker after law school and went broke. We also counted eight classmates who were already dead – that sad topic put a damper on our appetite,, but we recovered quickly when the delicious red bean dessert was served.

This Alzheimer’s candidate is not absolutely sure whether Anthony went to his old alma mater Wah Yan. But if imposters can be that much fun, bring them on!