My good friend S forwarded me the following vocabulary test: 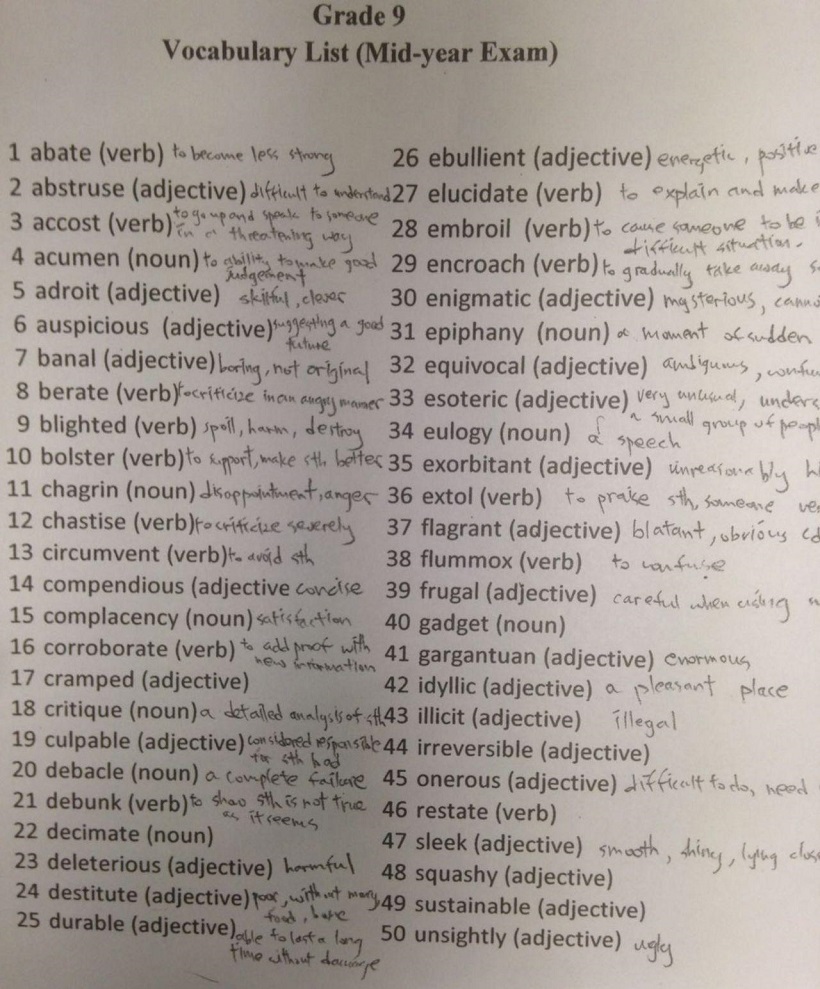 According to the source who sent S this test, it was a real test for some 9th graders in a school in Hong Kong. Hong Kong, although an English colony for about 100 years before 1997, is a Chinese territory now. So for 99% of the kids there, English is a second language to them. 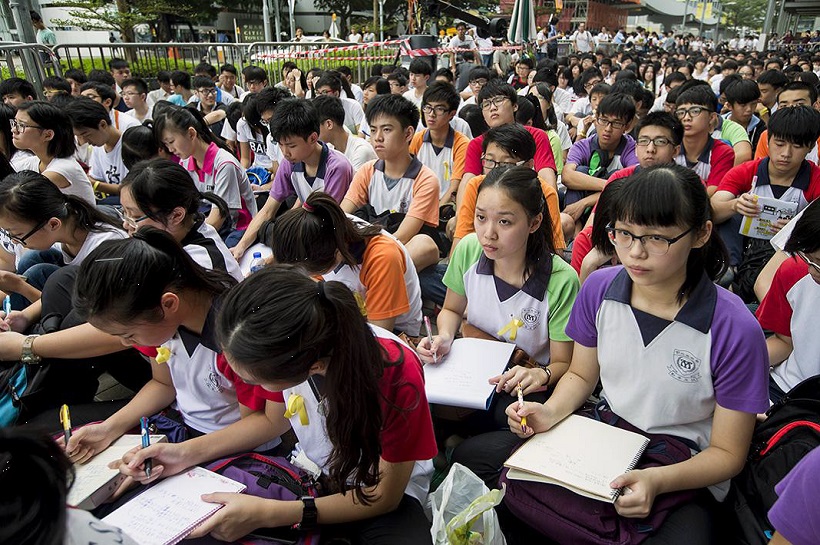 When I first saw those words, my reaction was: OMG, I’ve been in an English-speaking country for 40-some years, and I barely recognize about 90% of the words, let alone defining them correctly in a hurry. For whatever it’s worth, I even have two advanced graduate degrees.

Possible conclusion #1: I must be a real bad student. I probably scraped through school like Dunno Chump did. That would logically explain my limited vocabulary.

Possible conclusion #2: The teacher who wrote this test has a rare photographic memory and he or she was trying to intimidate the children by “proving” them “dumb.” (And in the process showing the school administrators and, more importantly, the parents who probably paid high tuition to send their children to that school, how “smart” he/she was.)

Possibility #3: The teacher was a cheat. He or she just randomly picked the words from a dictionary, even those words that were unknown to him/her. If the teacher was clever, he/she would cover the tracks by studying the words before the test was given to the kids.

Did you know most of the words? Did you see the value in a test like this?

My personal response is NO and NO. I told my friend S that the last word on the list, “unsightly,” was ironically an appropriate adjective for a ridiculous exercise like this. Supposedly this test was given at an “elite” school in Hong Kong. So obviously regurgitation (repetition and memorization without understanding, association, or application) of new knowledge is thrived upon on this campus. If you as a parent want your child to achieve an artificially high test score in Hong Kong, this will be an “excellent” school for your youngster. But woe is your poor kid! Unless he or she has an exceptional memory, that type of learning experience will be one heck of a cruel and excessive punishment just for the original sin of being born to tiger parents!

If you are the English teacher who gave that test, I have a suggestion for you which may make your job even easier and more impressive: Divide into 10 parts, alphabetically, the unabridged Merriam-Webster Dictionary, Oxford Dictionary, American Heritage Dictionary, or any
established dictionary. Have the 1st graders learn the 1st tenth of the unassociated words, the 2nd graders the 2nd tenth, so on so forth. There are about a quarter of a million distinct English words, excluding inflections, technical terms and regionalisms. So you force-feed your students 25,000 words a year. In 10 years they will have been exposed to almost all the possible words in the English language. Even if they only retain 10% of them, that’s still an impressive 25,000 words. In their 11th and 12th grades, these super kids can spend their after school hours to be intern lexicographers at one of the major dictionaries.

I have to go now. It’s time to hit the dictionaries so that in a year or two I’ll start talking and writing like a 9th grader in Hong Kong!