Last week, in my article called Home Town Buffet and the Chinese Consulate, I wrote about how differently two 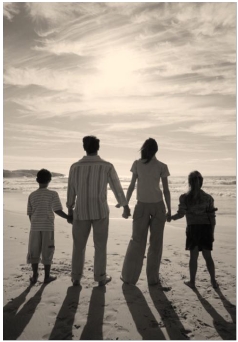 families taught their children. With the first family which I overheard in Home Town Restaurant, the father showed his children how to lie about a child’s age to get a free meal. The very next day, when I was waiting for my travel visa at the Chinese Consulate, I saw a mother teach her young son to return a magazine to the shelves and to put it back in an orderly way. These things probably happen a million times every day. But I thought the contrast in morals in bringing up a child and the co-incidence in close timing were interesting.

JY of San Francisco asked me if the story was real. Yes, it is a true story. I make up a lot of stuff every week, but these two stories are 100% real.

CN of Hong Kong also wrote. He totally disapproved of the father’s behavior in the restaurant and worried how his children are growing up to know right from wrong.

In my naïve mind, I thought most parents would pretend to be decent and law-abiding people in front of their kids.
For example, when I buy coffee at MacDonald’s with or without my kids’ presence (who are adults), the people there always give me the senior discount. I’ve always accepted the nice gesture at face value. I never found out what minimum age you have to be before you qualify for that – it saves you about thirty-five to fifty cents, depending on the location. But at least I look the part. (Tell me I am a double-standard hypocrite, and next time I will find out what the cut-off age for senior discount is.) But telling the restaurant that your kid is two years old when in fact he’s almost four? And right in front of his brother and sister? That’s a bit beyond the gray line, I think.

NC of Vancouver, Canada, wrote and asked me in a neutral way the significance of what the boy did at the Chinese Consulate. (I think NC actually knew the significance and symbolism of this positive conduct; she just wanted me to elaborate on it:)

In a vacuum, there is no significance in putting a book back to the shelves. People are not going to go on a political demonstration with or without that copy of the Beijing Review. But I thought, when you try to educate a child, you don’t have to pick a formal or predetermined environment like a school. Surely the school will have the most impact on a child in terms of how much time the child spends there. But as a parent, or simply a caring adult, we don’t have to limit ourselves to that. The everyday acts of returning a magazine to its rightful place, saying hi to a stranger on the street, uttering a thank-you to a bus driver, giving some spare change to a homeless person, helping a wheelchair-hound man bag his groceries, buying flowers from an old lady on the street – even if you are not on your way to see your girlfriend, and paying for a meal …. these are nice things to do on your own, and in front of your children. They are as important as sending them to school to learn how e equals mc squared, I think.

I am wide-eyed naïve.