I am 60 years old but I still love reading stories about teenage romance. I don’t exactly know how I never grew out of that prolonged adolescence. The fact that I went to an all-boys secondary school might have something to do with it. The opportunity to develop puppy love with a girl was something that was not afforded to me. I wouldn’t say it was bad to spend your hormone-flooded years on a puritanical planet run by Jesuit priests. Looking back, however, you surely know you missed a lot of what was supposed to be there as a teenager. 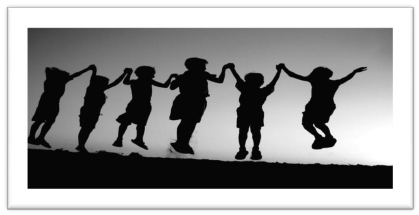 That brings me to my recommendation of a good teenage love story if you are into that kind of thing – or if your grand-children are. It’s a book written by John Green and the title is The Fault in Our Stars. I don’t want to spoil the story, but believe me, it’s a good updated version of Romeo and Juliet. Yes, shamelessly I laughed and cried with the boy and girl in the book. A movie was made out of it with the same title. I liked the story so much that I watched the movie on DVD too, which I also enjoyed. But read the book first, which in my opinion is a lot more satisfying than a two-hour summary in gavotting pixels.

I went to secondary school in Hong Kong. A secondary school back then ran from grades 7 to 13. I left my school after the 11th grade because my scores weren’t good enough to move on to 12th and 13th. Despite that involuntary early departure, I have over the years kept in contact with a lot of my old classmates in cyberspace. Last week we had a mini-reunion in my house in Castro Valley, California, USA. KE came from Vancouver, BC, Canada. RL flew in from Hong Kong. CY, BW and their beautiful wives JY and GW also drove from the San Francisco Bay Area. We had a feast – I was the host but my guests were subtly encouraged to bring enough food for a flock of famished ravens. They brought bottles of wine, a huge bowl of salad and an apple pie as dessert. I cooked steak, shrimp and rice. We had a grand time reminiscing and gossiping. We showed some degree of jealousy toward the youngest fellow in our class who recently got married. We all agreed that his belated but pretty “prize” was worth the wait. For no rhyme or reason, one thing I felt missing that day was old flames from high school. Not that we had any. I wonder what our lives would be like if we had attended a co-educational school as most “normal” teenagers did.

There were incidental benefits of going to an all-male school. We didn’t have to compete for a hot girl’s attention. We had no distraction from high skirts and low necklines. We made real friends based on common interests in mundane things like academics and sports and hobbies. We talked about girls too, but it was mostly fantasies rather than having a real girlfriend. That type of friendship lasted to this day. And we are talking a string of time of almost half a century here.Before I get too sentimental, I have to remind myself of a possible reason why they all came to see me that day. I think my recent aortic dissection scared them a bit. They were afraid that they might not see this old pal much longer, if at all. Admit it, friends. That did cross your mind, right?

But that type of caring and concern is exactly what true friendship is about, isn’t it?