Twenty years ago Song and Sam were Cambodian refugees. With their two young daughters, they traveled through a total of three refugees camps in Thailand, Australia, and finally ended up in California, USA.

Shortly after they landed in the United States they found jobs as assemblers in a computer company owned by a fellow Cambodian. Their boss Bill was a nice guy. He took about 50 Asian immigrants under his wing in a factory in San Jose, California, the heart of Silicon Valley. The size of the company was not Foxcom, but the workers probably worked just as hard. When an order had to be rushed, workers stayed overtime, without overtime pay. When something had to be shipped on Monday, they were “volunteered” to work the weekend before.

Somebody once said that capitalism is finding a way to take advantage of the person you trade with. That slightly left-winged interpretation would apply quite well to Bill and his business. If he had to hire “main-stream” American workers and pay them market-rate wages and benefits, he wouldn’t be able to turn a profit for himself. So he found his niche – he hired workers like Song and Sam who didn’t speak English and who didn’t demand wages as English speakers would. That seemed to be a win-win situation. The boss won a little more than the workers, naturally.

Song and Sam were frugal people. They lived in a small two-bedroom apartment close to work. They saved every penny that they could while raising their two kids. The children were going to good public schools. That’s a luxury they didn’t have when they grew up. When the younger daughter left home to go to college, it’s time to make their planned move.

That was the year of 2003. They had saved about $100,000 for a down payment for a house. They wanted to buy a simple house for about $300,000 in a nearby city called Tracy. Their real estate agent was a lot more optimistic than they were. She got them a loan for $400,000. All they had to do was write their signatures on some papers and they bought a brand new house for $500,000. It was 3,000 square feet of living space plus a 3-car garage. It took an hour to commute to work every day, but the pride of owning a big house was worth it. In about ten short years, the dream of owning your own home was a reality for Song and Sam. 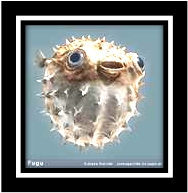 Later they learned that the loan they got was the “no income verification” type. That’s a creative way of saying that you lied a little on your loan application. But their bank didn’t mind – it and its banking brethrens created that financial fugu themselves.

The bank welcomed the lie, bundled it with a thousand others, and sold them to federal agencies such as the Federal National Mortgage Association (“Fanny Mae”). Fanny promulgated the lie and securitized the loans which were peddled to investors like you, me, the Germans and Chinese. If you are a buyer of these so-called mortgage-backed securities, what does the aforementioned gobbledygook mean to you? It means that you just bought a piece of paper that is backed by a U.S. agency that is backed by a mortgage on a house that is backed by the questionable qualifications of the home owner. Clear like mud? That’s the idea.