Last week I told you about my friend G who was sickened with colon cancer. Many readers sent kind words, which I related to his wife L, who was very appreciative and she wanted each and every one of you to know that.

In my prayer last week, I used the word “God.” I was saying it generally, without limiting the meaning to any particular religion or denomination, and I think most of you knew that. I also believe that the majority of my friends and readers are Christians, as G is himself. But not all of you are. As a matter of fact, a good friend ZH wrote me and she said she was going to say a prayer with her friends for G too. ZH and her friends are Buddhists.

I brought this up because in my quixotic mind, this is what believing in God is about. It is about the caring for and loving of our neighbors. Even neighbors we haven’t met yet.

Maybe it is time to introduce G to you a little more.

G came from either Hongkong or China as a young man. He was a model immigrant student. He went to and graduated from dental school in the States, opened up his own practice a few years later. In the height of his career he had three offices in three different cities in the San Francisco Bay Area. In my late twenties, I met him and his lovely wife L through a mutual friend, and we’ve been quite close ever since. I also met his mother shortly afterward. She was a retired nurse and a kindly lady. You met her and you knew where G’s good nature and manners came from.

You probably guessed it by now; yes, G is also my dentist. And if you like my Mona Lisa smile, he has something to do with it. 

I have this question: Do prayers (the conversation with deity) really work, or do they just make the prayer (the 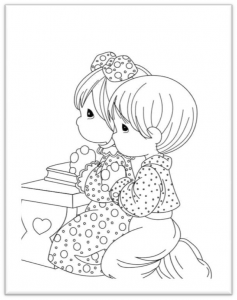 In my case, when I had my aortic aneurysm, your prayers definitely helped me. I am here, aren’t I? Did they make you feel better too, because you were asking a higher power to help you help me? I hope they did.

So if we can agree on my two-part question above – i.e., one, prayers do work, and two, the praying person does feel better too because they feel closer to deity in helping a friend together, let’s again pray for G’s recovery.

Oh God, you let me stay
Please help G do the same
Won’t you, my amazing grace?