Pigeons are birds. Pidgin is my English. “Pigeon” and “pidgin” are homophones and both pronounced “pi-jən.”

BTW, don’t call me a pigeon ‘cause I’m not a young girl. An “old bird,” although not my preference, would technically be more descriptive. 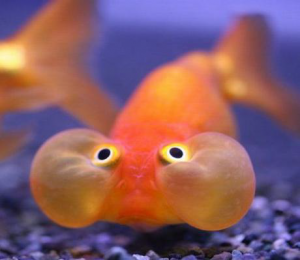 The plural form for the word “fish” is usually just “fish.” But when you swim with the fishes, you’re not swimming — you are dead. Now you know why fishermen don’t call themselves fishesmen.

4. For your eyes only, everybody!

The other day, actor Angelina Jolie met with Justin Welby, 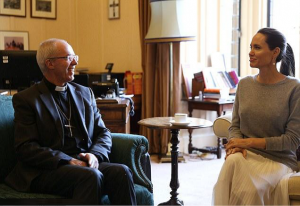 Archbishop of Canterbury, UK in her official capacity as a special envoy of the United Nations. She either purposely or forgetfully did not wear a bra under a sweater. That expectedly or unintentionally was posted by the archbishop himself on the Internet, which in turn was widely reported and reprinted in the news around the world. Is that similar to meeting God shamelessly wearing a birthday suit? Did you notice how happy and smiley the archbishop was seeing her?