The eighth week came. It meant every student had to sing a song while playing the guitar. Jenny picked out a song called One Friend byDan Seals. The lyrics meant something to her, and to him, she thought. She got the chords from chordie.com as suggested by John the instructor of the class. And she was singing: 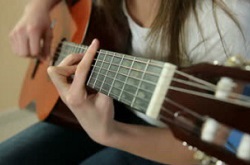 Everybody clapped. John the instructor said,“Very nice, really. I’m not your voice instructor, but you sing real well, with emotions. I like that. I also like the fact that you anticipate the chords and put your fingers in position just before you get there. Well done!”

Jenny had avoided looking at Eddy while she was singing. They were both looking at each other now. He understood.

Two students later it was Eddy’s turn. He had quietly written a song ever since their Mendocino trip. Before he played it, he told the class, “I wrote this song because I love this class, I love John,and I love a very special person in my life. This song is simply called In Love.” With simple chords as accompaniment, he began: 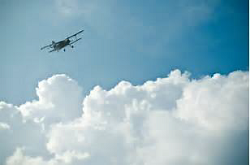 Like a single-engine plane, I fly into your clouds
Confusing, misty, beautiful, closer now to the moon
Let’s stay here for a while, away from the crowds
Until we come out to collect the stars

Although Eddy did not make eye contacts with Jenny until the last few verses of the song, Jenny was crying after line one, and the whole group knew what was going on. Once Eddy finished, Jenny came to him, held his face with trembling hands and planted a forever kiss on his lips. John the instructor and the other seven students all applauded, a couple of them moved to tears.

“You’re so bad, you never told me that,” Jenny said sobbingly. “It’s your surprise graduation gift,” Eddy said with a big grin. “Did you know, John?” Jenny turned to the instructor, her hands on hips, pretending to be annoyed. John was laughing now: “Yes, I knew. I had to help him with the melody and chords. We had a ball being partners in crime, didn’t we, Eddy?”