A few weeks ago I reported to you the unfortunate earthquake in Nepal and the ritual killings of thousands of buffalo and other animals there. I was simultaneously sympathetic to the Nepalese and baffled by their religious practice. A couple of concerned readers sent me some feedback last week. Since then three more readers did the same. 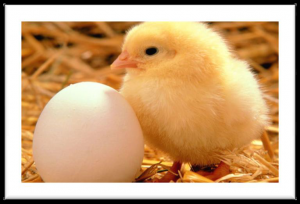 I guess your doubt is somehow like 先有雞還是先有蛋There is a good book I would like to recommend you to read: “Food And Cooking” by Harold McGee. Please don’t get me wrong, it is not just a cooking book. It tells how amazingly the plants can do for themselves and those who rely on them. After you read it, you would probably never be confused by the doubt such as to be a vegetarian or a humanist.

Hmm, 先有雞還是先有蛋? (Translation: Which comes first, the chicken or the egg?) I don’t know, YL. I guess I’d better get a hold of that book by gastronome McGee and read it.

It is getting deep into religion and philosophy.

Talking about eating meat and killing animals, look at the nature — fierce animal prey on weaker animals, bear tear off salmon alive to eat the flesh … Cruelty is the natural nature!

We human being learn to protect ourselves and have law, judge and police, Animal don’t.

I don’t like Buddha, not at all*. They claim that meat comes from living organism but the Christian ( don’t know if the Catholics say the same? ) says that plant also has life. They just don’t bleed, can’t move and yell!! and vegetarians eat plants!

Look at the human teeth, the canines are evidence of carnivore. ( also told me by a Christian doctor ).

All these are individual’s and individual belief that cause them to do this and not that. At the end of the day, they are all the same.

Yes, we have to “kill” animal for food. It is OK as long as we try our best to kill the animal with minimum, or zero if possible, pain. We enjoy their meat, not their suffering.

Superstition is the most horrible thing for human being, it is the predecessor of terrorism.

* they have stories like some budda cut their flesh to feed the hawk, they meditate in a cave for their whole life doing nothing ….

Wow, CN, mutilating yourself to feed the hawks? That seems sacrificial — and a bit masochistic.

Not trying to be a judge but here are some points to consider:

1) Hindus do eat beef but most do not.

2) Not sure how cruel it is but many religions make (made) animal sacrifice (read Old Testament). Even in today world, how we slaughter farm raised animals/fishes are questionable (Norwegian uses carbon dioxide to calm the salmon before killing them)…less humane?

3) those who think it is cruel to kill life should put things in perspective: killing a cow for meat is no worse than squashing an ant with your foot (imagine you are an ant – blown up to human size being squashed by a plastic plate the size of a 30 ft apartment)….

Buddhist said : “do not pass judgement unless you have purified oneself!”

(Cam’s note: I will not attempt to translate the Chinese words for you here because I don’t feel qualified doing that. As far as I know, these are words from the Buddhist scripture with lots of metaphors which I may not correctly understand. Additionally, Buddhism was born in India. So the original text was probably written in Hindu or some other Indian dialect. Perhaps TN himself or some other readers who are Buddhists can help me out, to whom I extend my thanks in advance.)

There you have it, readers. I love it when you write me even if you diplomatically and tactfully disagree with me. That is what free speech is about and how honest friendship thrives.