On January 13, at 8:07 am, the State of Hawaii, through its emergency system, the Hawaiian Emergency Management Agency (HEMA), 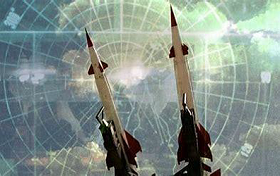 sent every resident, every tourist, and anybody who was on the islands this horrific warning:

“BALLISTIC MISSILE THREAT INBOUND TO HAWAII. SEEK IMMEDIATE SHELTER. THIS IS NOT A DRILL.”

Thirty-eight minutes later, the government realized they made a huge mistake and retracted it. Sure, Governor David Ige apologized. But how would you live those 38 minutes?

While fingers are pointing every which way at HEMA, FCC (Federal Communications Commission), FEMA (Federal Emergency 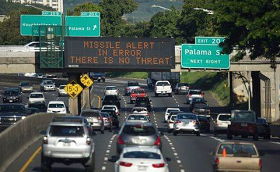 Management Agency), and other related agencies, imagine the agony of waiting for nuclear Armageddon if you happened to be there.

I live on the west coast, in California. So I suppose, if North Korea decided to shoot some missiles to Hawaii, they could easily send a few to Guam, Alaska, Washington State, Oregon, and California too. What would I have done in that final moment of my life? The answer is — even with the luxury of hind-sight and hypothesizing — I don’t know. I probably would just sit there and let it come.

What would you have done?

What would I have done?

The ballistic missiles are coming!
All the public neon signs are beaming
What would I have done, besides reflexive but useless screaming?

Do I call my family?
Tell them I love them
Tell them to hide
Do I pray to Mom and Dad?
Tell them I am coming
Tell them I still want to be their child, even in my next life, if they have not had enough of me

I don’t hate the North Koreans, I have no right to
We decimated them with 600,000 tons of bombs in the Korean War
It’s payback time, top-of-the-nuke-haircut Unnie tells the world, justifying
The mutual destruction of enemies and Koreans

The ballistic missiles are coming!
All the public neon signs are beaming
What would I have done, besides reflexive but useless creaming?

Yes, until next time
And we’ll cry wolf again when the beast is really here

Before then, however
Let’s make good use of it, whether it be 38 minutes or 38 years
Keep life simple, you don’t need an underground bunker; it only prolongs the pain for 2 weeks
Keep life fun, do the right things; you be nice to yourself, those around you
When the next 38th x comes, you can go with a smile
I’ll be right with you, together with a few billion other mortals

When it’s here, I won’t have time to say it
So to family: hugs and kisses
To friends: affections and affectations
Dust unto dust, dirt back to dirt
Heaven or hell, this is it