To the dismay and displeasure of some friends, I consider myself an American. I am quite fond of this adopted citizenship although I am not proud of certain things the United States as a country does. That was why last week I deplored our national debt of 17 trillion dollars. 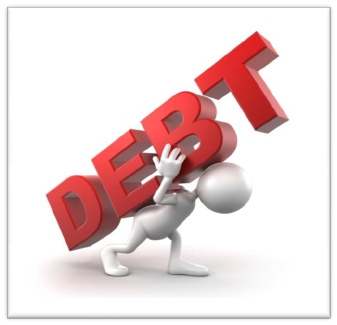 CL of Canada wrote me and she said she didn’t understand why the US kept giving out foreign aid when it was awash in red ink itself. CL is a high-level banker, so she’s well versed in financial matters. She probably posed it to me as a rhetorical question. I am no expert on US foreign policy, but I think it is the misguided ego to play big brother, or the naïve desire to buy temporary alliance, or a combination of both that makes our federal government do it. I have this negative suspicion because my own government could never give its constituents a truly reasonable and satisfactory answer.

Then I was talking with another Canadian, ST, about the same subject. I complimented his country for not having this kind of problem because Canada was high on oil reserve and low on big brotherhood. ST surprised me and directed me to a website called www.debtclock.ca. I also looked up the data posted by the Economist, which is drastically higher than what is posted on “debtclock.” According to the Economist, Canada has a substantial national debt of 1.7 trillion US dollars. Divide that by its relatively low population of 35,000,000 people, each person’s share is US$47,000. Compare that to a US citizen’s share of $53,000. No wonder we are close neighbors.

That roused my interest. So I did a little googling on England. UK has a national debt of 2.7 trillion US dollars and a population of 64 million. So the per person share works out to be US$42,000. Again, compare that to a US citizen’s share of $53,000. If you are British, how would you feel? Camaraderie with the Canadians and Americans?

I looked a little more.

Japan and China are this nation’s biggest creditors. How do they fare?

All my data were retrieved over the internet without proof of authenticity. So please take them with a grain of salt. (We all know how politicians like to massage figures to make nice their messages.) But one general pattern emerges – i.e., we as a species, regardless of nationality, love to have a good time on borrowed money. We must think our children, and their children will take care of our debt and themselves.

2 thoughts on “Having a Good Time in Debt”