The week before last I wrote about parents’ expectations when their children start going to college. Then I read in the Huffington Post an article on the richest pastors in the United States. 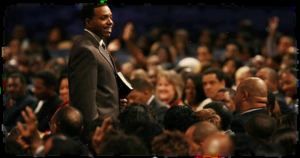 Dollar (his real name) is Senior Pastor of World Changers Church International. While Dollar did not disclose to the public his income from the church, it is reported that he drives a Rolls-Royce to and fro, and owns a million-dollar home in Atlanta and a $2.5 million apartment in Manhattan. He sometimes commutes by a jet which was purchased at a cool price of 60 million dollars. He must be making a few holy millions every year. He can’t be running these expenses on a credit card, right? 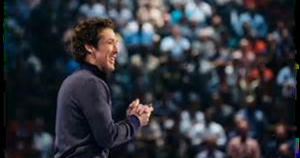 Osteen is the pastor of Lakewood Church in Houston. He claimed that he did not draw a salary from his job. But he made tens of millions of dollars off books editorializing God’s words. He and his wife live in a $10 million, 17,000 square-foot mansion.

Osteen is most memorable for his bright and toothy smile on TV. He’s my motivation for brushing my teeth two times a day. 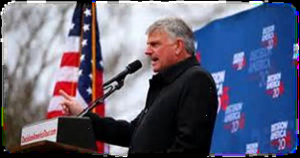 Samaritan’s Purse. In 2008, he had a total compensation of $1.2 million. Due to the out-cry about his earnings from the church, he announced that he would stop getting a salary from it.

I personally don’t follow news on Graham, or any evangelist for that matter. But I do remember one thing he did. In a 2011 interview he told the media that the earthquake and tsunami in Japan might be the second coming and Armageddon. Was that thinly disguised prophecy or truly distasteful schadenfreude? You decide. To me, it just seemed a little unfeeling for someone to say that after so many innocent lives were lost.

Pastors, politicians, and salespeople (which I am a bad one) seem to share one common attribute. They sometimes say outrageous things to attract attention. Some of these people are quite good at doing that and they gross megabucks because of that talent.

Before I go on, I want to bring out the fact that Jesus, although living like a homeless person all his life, never said poverty was one requirement for entering the richness of Heaven. At least that was what I learned from five years of secondary education in a Catholic school. After a few years in law school, neither did I ever read a law in this country that prohibited church CEOs from drawing a large compensation.

What I do want to do is extend my apologies to my children, and the many young people that I had given advice to on the subjects of school, career and life in general over the years. I committed the omission of pastorship as a possible job for a young person. A very good job.

I am a parent. I have two grown-up children. As most parents did, their mother and I discussed with them career options when they were young such as jobs in engineering, medicine, fine arts, humanities, law, and the military. We took them to visit college campuses and even the Air Force Academy in Colorado. Later they both picked schools they liked – as long as mom and dad could afford paying for them. They also had free rein to sign up for the classes they were interested in. But we missed telling them something: We never mentioned pastorship as a lucrative life career.