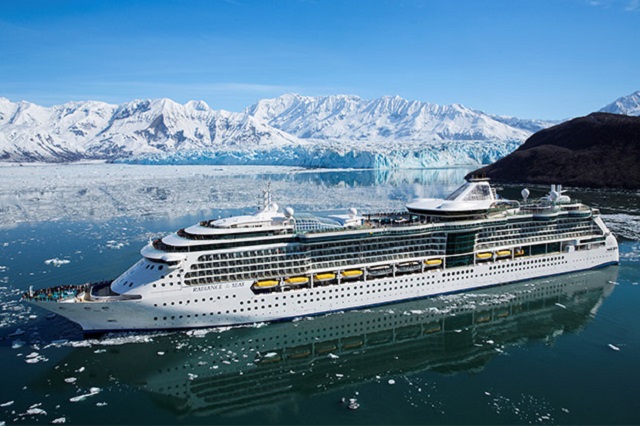 Radiance of the Seas at Hubbard Glacier – Alaska

Eddy: “You want to go on a cruise to Alaska?”
Jenny: “I’ve never been there. That would be lovely. Not sure if I could afford it though, and I don’t want you to pay for me.”
E: “A buddy, who’s a travel agent, told me the off-season price right now is quite cheap. We could even ask him if they give senior discounts.”
J: “I’m not ready to face the truth and ask for a senior discount yet. Wait, you’re pulling my leg again. They don’t give senior discounts on cruises since most of the passengers are oldies like us.”
E: “My bad. I made that up. It’s only about $2,000 anyway. You still want to go?”
J: “Yes.”

In May I spent a few weeks in Vancouver, BC, Canada visiting friends. They took me to the best sceneries and the tastiest restaurants — the food, that is. Those were impressive experiences in and of themselves. But the humdinger of my trip was not in those obvious niceties. What impressed me the most was a bit more subtle. It lay in the friendship, camaraderie and affection between some pookies, whether they were married or unmarried, heterosexual or gay. I was envious. Maybe even a bit jealous. So an idea for a short and sweet love story began germinating in my mind.

When I returned home to northern California, I started an outline with a particular couple in mind, only to find myself lacking in details of the beautiful places they took me to because I really did not know the locations well. Then a familiar, but anonymous force came to my rescue. It happened before when I ran into roadblocks with my other, older stories. In the middle of one night, between the overlapping state of sleep and wake, the key people in my story started talking to each other. This time they were planning a trip to Mendocino, California, which I am fairly familiar with. The bulk of this story was furiously typed up, lest I’d forget, at about 5 a.m. the following morning. To finish the story, I merely acted as a scribe recording what I just heard in my brain.

To the dear friends, and to that one unnamed couple in particular, I thank you for the inspiration. The scrumptious meals you fed me day after day did not go totally wasted. Some of the nutrients did wander their way to my hungry head after all.

If there’s a “moral” to this story, it is to never give up on friendship, hope and love. Don’t, even if you have the excuse of being middle or senior in age. If you’ve been in a relationship a long time and life seems a little bored now, try to look at your spouse or partner anew and remember the flames of the younger days. Those old fires may be just embers now because of the distracting forces of career, parenthood, declining health, and so on. Imagine you are Jenny and Eddy. Take him or her to the Heritage House for a weekend, or some place equally magical. What have you got to lose? If you are single, take your special someone – just escape for a few days. You’re not getting any younger.

The Chinese have a very lyric expression for love in the later stage of life: 黄昏之恋 love at sunset. Sunsets may be short, but feelings are relative and subjective, and not limited by the dimension of time. Any point in life you can live them, revive them, create them!

This story gave me many happy days writing it. I hope it gave you a few minutes of pleasure reading it. 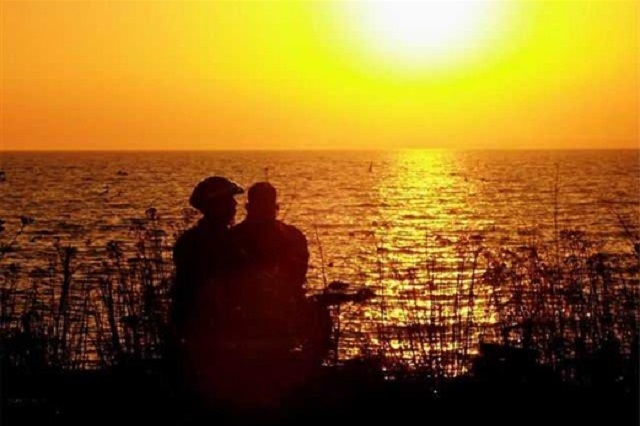