Tai settled into being a grade school teacher of Chinese literature.  He was one of those people who intrinsically loved to read, and that’s what he did constantly.  He would write periodically also.  He actually wrote a children’s book titled 農村常識 Everyday Nous of The Farming Village. It was a cute little book for kids although it never made the Best Sellers List of the New York Times.

He was the de facto landscaper and gardener for the school.  On most days, after school, you would find him teaching kids, and sometimes other teachers, how to grow vegetables and flowers.  There would be rows of bok choy growing along banana flowers.  There would be plum trees that were just grafted right next to sweet potatoes.  Once a farmer, always a farmer, he would say.

He also practiced organic farming, which is a fancy term for the recycling of human manure as a fertilizer.  There was a large septic tank behind the school bathroom.  It had to be emptied out when it was full.  One time when this was going on, a student got too curious and fell in.  HURRY, call the gardening teacher!  So Tai rushed over, and without much of a fuss, pulled the kid out from waist deep of you-know-what.  Teaching can be a mucky job, he would muse about it later.

Tai the former I-am-going- to-feed-the-country idealistic young gun adapted to his new routines quite well.  He looked happy. He was teaching country kids how to read and write during the day.  And he was feeding his large family decent meals in the evening. Reading, writing and eating were the primary subjects of life.  At the same time, he seemed to have discovered that there was a certain degree of dignified richness within the premises of poor sufficiency.

For cheap entertainment, Tai would sometimes watch a third-run movie. His wife was more into Mahjong than movies, so he would take his youngest child with him for company. The boy was in middle school then. They lived far from town where the cinemas were. There was no public transportation at night. So they had to walk. It was about an hour of foot travel one way. 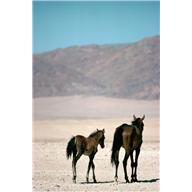 During those trips, he would tell the boy stories of their ancestors, his own studies, good books to read, good deeds to do. Despite his own failures in life, the dad would always tell the stories in a calm and reflective way. There was no anger about the past, no fatherly orders that the child had to be a doctor or lawyer when he grew up. But the son got the message that dad wanted him to excel.  Maybe I’ll become a politician, the boy thought.

The dad died twenty-five years ago. The son, who is about sixty years old now and has adult children himself, would think of his dad once in a while. He still remembers the name of their favorite theater – Kwong Wah Theatre 光華戏院.  They saw The Blue Max with Ursula Andress in it. He liked the fighter planes and his dad was impressed with the actress.

I was that young boy.  I miss those long and tiring hikes in the night.  I miss you, Dad.

One thought on “(Part II) Missing Dad on Father’s Day”